But the fact that he did it at the age of 69 while running a successful consulting practice is particularly fascinating to us here at the Freedom Business Café. We’re about helping people over 45 build a business that supports, as well as enhances, the lifestyle they want.

What better example than Werner?

Werner certainly exemplifies that mission by continuing to run his consulting practice in his 70s while leading people on adventure treks all over the world.

So obviously there are lots of questions we wanted to ask Werner.
First of all, how does he do it? What does he do physically and mentally to achieve his lofty goals. And how has he been able to run a successful consulting practice at the same time as he is climbing the highest peaks in the world?

You’ll find out and much in the interview. At one point in the climb he was close to total physical collapse and despaired of making it to the top. You’ll hear the technique that pushed him to the top.

His answers are surprising and in some cases startling.
Werner delves deep into psychology and mindset, including a visualization technique that was taught to NASA engineers on the moon launch, the role of a kite in his Everest climb, advice for people who think they are too old to achieve their dreams – whatever they are.

Lots of juicy, useful actionable stuff here you can put into practice immediately. Below are approximate timelines of key parts of the interview.

3:07 – He had the feeling he was working more for his employees than they were working for him.

3:25 – He stepped out of the company at the age of 43 and “retired” but he didn’t have a retirement plan. He became a corporate consultant. Soon after got into mountain climbing. The combination of climbing and consulting led to new insights about leadership.

4:04 – You cannot train leaders. Leaders have to be developed. That theme inspires him today, many years later. He is dedicated to helping leaders make an impact in their lives and in the world.

6:30 – Felt a glow come over him every time he thought of his visit to Everest basecamp.

6:38- He realized that being at Everest basecamp pitched him into living in the present for extended periods of time. It produced a shift in his being.

7:10 – If you are not “present” you can’t influence people – whether they are reporting to you or you are selling to others.

He wanted more of that feeling and that propelled him to many more climbing adventures.

7:50 I asked how he prepares for such a vigorous adventure as climbing Everest.

8:10 Werner says you have to have a compelling vision of needing or wanting to do something . . . Then look at what you need to do in order to accomplish that.

. . . Ask yourself if it is worth the energy and effort.

9:10 – Werner talks about the effort to land the first man in the moon. President Kennedy allocated $10 billion

1961. Four years later, NASA had spent $6 billion and was no closer to getting out of the gravitational force of the earth.

Land said, “You can’t get there from here. All you see is problems and limitations.”

9:45 Land insisted, “You’ve got to visualize and feel yourself already ON the moon. Then look back at today, and think, “what are all the things we did to get here.” They plotted out the “critical success factors” that brought them on the moon and proceeded to execute all those steps.

The result was they landed on the moon on time and within budget.

10:07 . . . those same steps can be used for success in climbing and for any entrepreneurial venture

10:30 – Once those “critical success factors” are identified then you can determine who has to do how much and when.

10:50 Key is to put yourself in the future and think in the past tense. What did I have to do in order to get here?

10:58 – Put yourself into that future situation AND into the emotions and the experience of truly having successfully completed the accomplishment.

11:33 – Land’s system has been used by many corporations and businesses as a method of “strategic thinking.”

12:10 – I ask Werner how his treks help the corporate leaders he takes on the treks. And how do the treks help Werner as an entrepreneur?

13:25 – The big benefit in fully immersing in an activity.

14:10 – When you are in a mountain climbing group you foster close connections and you support each other. That same sense of connection needs to be transferred to everyday life and entrepreneurial life.

15:10 – How did Werner have the time to go on all these ventures while he was running a successful consulting practice?

15:45 – Previously he hadn’t been the kind of leader who enabled his employees to pick up when he wasn’t there. He learned the lesson of empowering his employees.

15:15 – He learned how to structure his time and his consulting practice so he had more time and freedom in his life.

Also coached his team on the decision-making process so they could proceed without him.

16:25 – If you are tied to the day to day activities you don’t have freedom

19:50 – Collaborative mindset is key to success but we cannot will ourselves into it. We must discover it. And that’s one of the things that come from the treks.

21:10 – Can a person get some of the big benefits without going on such big treks or adventures?

Are there other activities that offer some of these benefits?

24:30 – Why leadership training does not work. Leaders have to be developed. Can’t be “trained.”

25:30 Werner’s statement to Matt Lauer on the today show- gave himself only a 25% chance of getting to the top but kept visualizing himself at the top. Elaborates on that and what he did when he had an almost complete body collapse while climbing mt Everest.

How Werver used George Land’s method while climbing and the role of a kite on reaching the top of Everest.

27:15 – How he took himself out of his negative inner conversation when in dire straits while climbing Everest.

27:45 – The role of the law of attraction in reaching the top of Everest.

29:49 – We may not be able to change the belief in the moment but we can change the internal dialogue.

31:00 – How he reacts to team members who don’t do what they are supposed to do and how he relates it to his experience on Everest. If I rage at the mountain I make myself less effective. “The Mountain would laugh at me.” Instead: what is the next thing I need to do given this circumstance?

31:50 – What you say to yourself is so critical to the outcome of your efforts to accomplish something or overcome challenges.

34:20 – I ask the oldest westerner to climb Everest what does he say to people in their 50s or older who think they are too old to start or build a business

Think of critical success factors which leads to nutrition, reduction of toxins, etc.

39:00 – How Werner is combining his climbing experience with his leadership and consulting experience, and developing treks for individuals and leaders. Structures the treks to be transformational, changing experiences. Not just about climbing. But about changing. 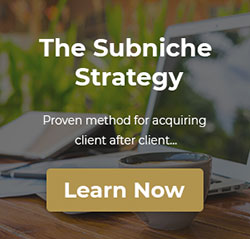 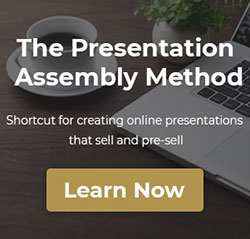